Conductors:  Either of Class 1 or Class 2 of copper or aluminium conductor with IEC 60228.

This product is used as AC power distribution and transmission line at rated voltage up to and including 0.6/1kV which can be fixed installed.To be laid underground，the cable could bear mechanical force outside，but it couldn't great pulling force. 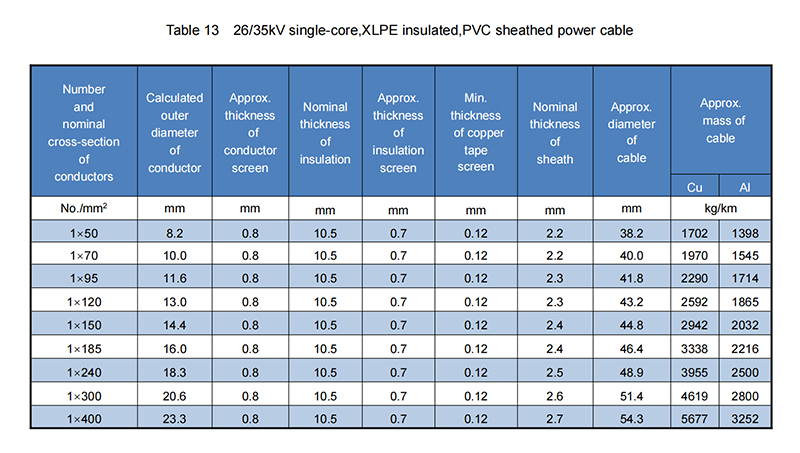